The next production is a celebration of the Queen's Platinum Jubilee

When we first started thinking about a show to celebrate the Queen’s remarkable Platinum Jubilee, we remembered that when our Lindfield  Dramatic Club was formed back in 1936, the Queen’s uncle Edward Vlll was our King, until his abdication at the end of that year. The King Edward Hall, where the Club as performed ever since, is dedicated to the memory of his grandfather, Edward Vll.

Then we found a charming book of poems published just four years earlier in 1932  Kings and Queens by Eleanor and Herbert Farjeon. On reading this remarkable book,  we had the thought that our present Queen Elizabeth and her sister Margaret might  have enjoyed reading these funny little rhymes as children with their parents, when  none of them had any expectation of ascending to the throne. This inspired the nursery  setting of our Platinum Pageant, and allowed us to approach the epic sweep of British  royal history with a sense of play and childlike discovery.

Come and enjoy travel through history and discover the amusing descriptions of our royals through the ages from when Harold got shot in the eye to our present day Queen.

Some recent productions
Summer 2021
Lockdown in Little Grimley by David Tristram follows the forlorn attempts of a hapless village amateur dramatic group to put on a show in these difficult times. Definitely not a case of ‘art imitating life’ in our view, but come along and judge for yourself.
Gordon, the Director and Male Lead has a vision of a sell out production raising lots of money for the NHS. However, as the chaotic rehearsals get under way it soon becomes clear that not all the participants are quite up to Gordon’s vision. Margaret, the Leading Lady, can barely disguise the contempt that she feels for the other cast members: Joyce, who has a dyslectic eye and Bernard who is only there to escape from his wife.

In a time of lockdown, Chairman Gordon calls an emergency meeting, complete with social distancing, to discuss his idea for their next production when restrictions ease – a touching love story set in a hospital, with all profits destined for the NHS. But based on their previous efforts, will the NHS actually end up worse off?

This is the fifth of the hugely popular Little Grimley series, which follows the antics of a hapless Amateur Dramatic Society desperate for audiences. In 'Lockdown' the Chairman Gordon calls an emergency meeting, complete with social distancing, to discuss his idea for their next production when restrictions ease - a touching love story set in a hospital, with all profits destined for the NHS. But based on their previous efforts, will the NHS actually end up worse off? 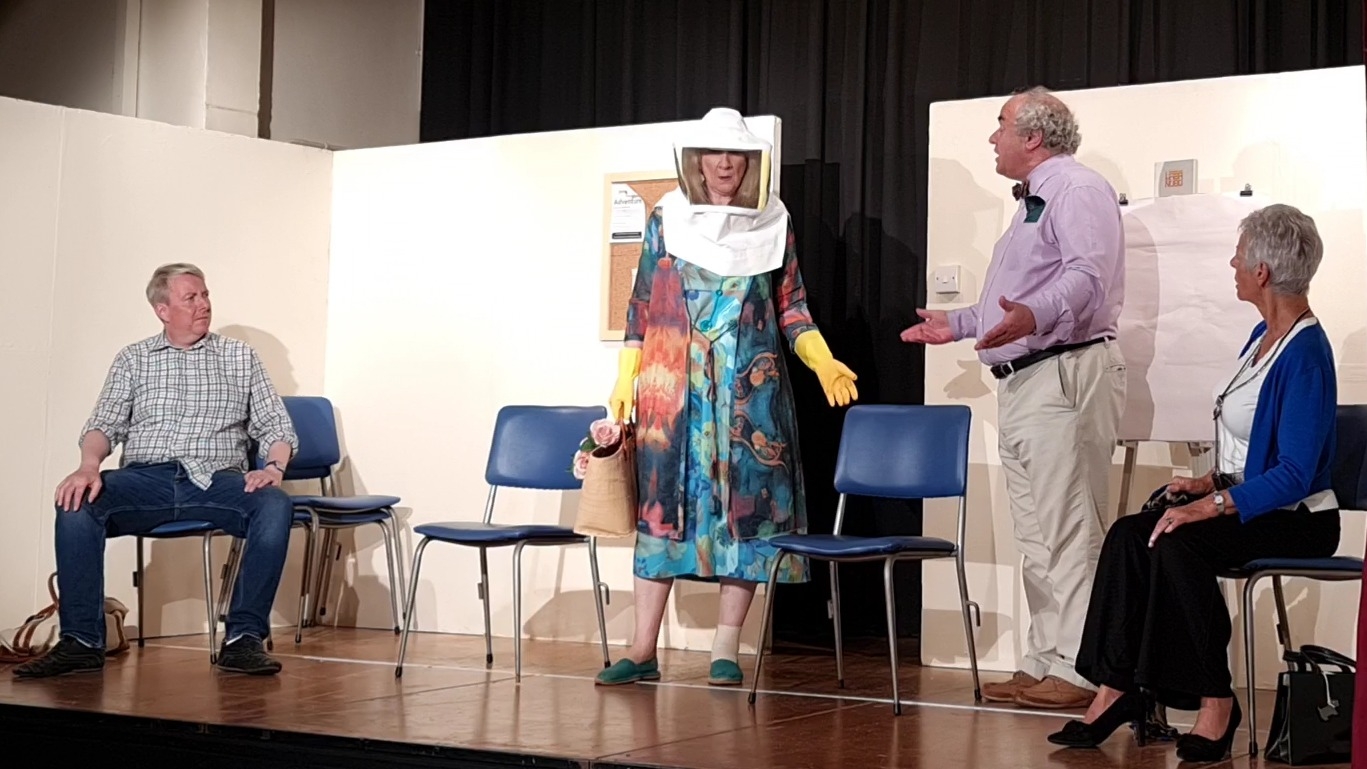 Autumn 2019
Mayhem, misunderstanding and hilarity ensued in a riotous production directed by Ron Skinner. The play tells the story of the first pageant in the village of Pendon. It starts with the committee planning the event, which a Marxist firebrand is determined to hi-jack but is pitted against the rightwing, fur-coated and middle-class wife of the Chairman.The final scene was the pageant itself, which saw members of the committee struggling to succeed, locked into the hotel with ill-fitting trousers, chaos and a stylised horse. 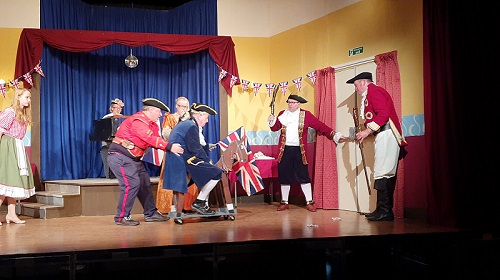 The club’s 2018 autumn production of Brian Clemens’ three-hander thriller directed by Rex Cooper was staged ‘in the round’ on the floor of King Edward Hall. There was all sorts of skulduggery and plotting between the three characters Suzy (Melissa Henderson), Larry (Michael Bucke) and Alex (Daniel Hardwick).  Michael’s portrayal of the oily South London lady-killer was perfect and he was easily lured into a devious plot by the glamorous Suzy who, it turned out, was in league with her husband Alex to kill Larry. The audience were on the edge of their seats trying to work out the plots, counter plots and double bluffs and were satisfied at the end that it was the villain who came to a sticky end. Here are some of the favourable comments from members of the audience:

‘Went on Friday night. Excellent performance A big well done to all.’

‘Congratulations for a wonderful and entertaining production. We thoroughly enjoyed it – a very brave choice as it must have been a challenge for you all, but the actors were certainly up to it. Quite amazing with so much dialogue for the three of them. It had us guessing to the end!’

‘Great performance of Inside Job at KEH last night from our local dramatic club. First time I’ve seen a performance and I really enjoyed it – a thriller that keeps you guessing to the end.’

‘Loved Inside Job. Congratulations. I thought it was one of the best LDC productions for a while.’ 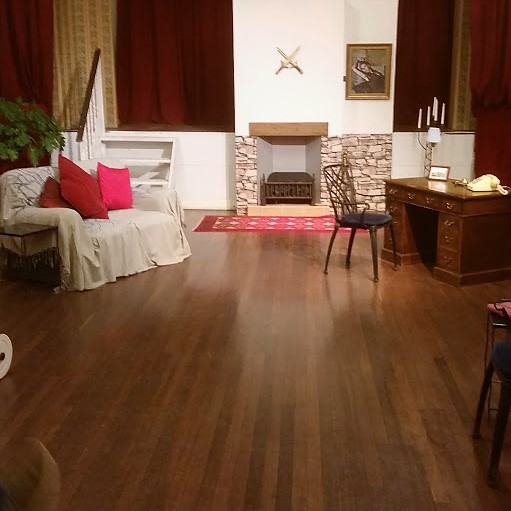 Short extracts from a selection of Charles Dickens' novels were read by members in costume.

The second half of the evening saw a performance of A Family Life - a short play by Jeff Harris.

The Importance of Being Earnest

A specials show to celebrate the club's 80th Anniversary

featuring a performance of Between Mouthfuls by Alan Ayckbourn.

A short play based on the construction and eventual abandonment of a railway line extension of the London to Brighton line from Lindfield to Uckfield. Set in the 1840s it explores the tensions in the village when the banks withdraw funding and the workers find themselves out of work. They confront the 'gents' down from the City and when things get out of hand the villagers step in and restore some order to the village.